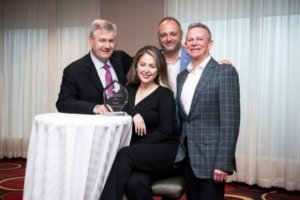 The clear strategy tied both product design and target demographics with the overall branding, marketing and advertising efforts. The brand spoke to the target demographic. The campaign targeted a variety of media (online, social, print, radio and TV) on a shoe string budget. It resulted in 50 people lined up hours before the opening, and the leasing of all of the available units on that day. A first for Drewlo and London. 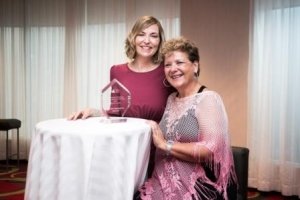 Sifton Properties created a custom effort by social media channel. They had several goals and measured specifically against them. The return on their West5 Farmers Market were impressive for a local initiative. Overall they created engaging content with a strong impact/reach in their key social media channels. 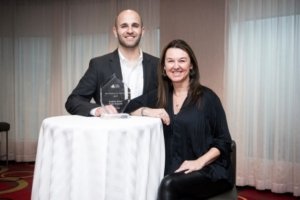 New Product of the Year

The concept is simple, but the value is great. If a warning can be sent as quickly as a pump stops or water is rising, then thousands of dollars in damage can be saved. Knowing about a problem quickly also prevents interruption to service which would cause tenants to be inconvenienced and possibly upset. The property is protected, and the money saved can be spent wisely. 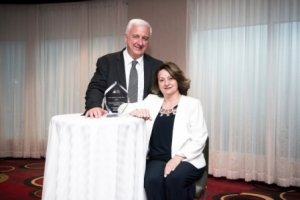 New Service of the Year

CTI Rental Property Inspections offers a valuable service to those that need extra help to inspect every apartment each year, ensuring the assessment is done consistently and all concerns relating to life safety, energy conservation, damage to units, illegal activity is noted and reported. Retired law enforcement officers employed by CTI are trained and able to provide assistance to serve legal notices , evictions, of problems, identify hazards and deter criminal behaviour. Management of all of these issues allows owners and managers to have more harmony in their community and reduce the expense and upset that are always attached to these problems. 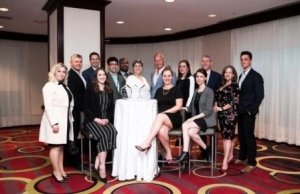 Off-Site Employee of the Year

Danielle successfully managed communications with 1,500 displaced tenants following a devastating tornado. She implemented innovative tools and software to improve internal systems that positively impacted tenants, reduced Property Management workloads and aided in keeping internal staff accountable. She dedicated personal time to hand deliver gift baskets across the country to tenants who’ve been with the properties for over 15 years. Danielle demonstrates a commitment to her tenants and peers that exhibits not only pride in her work and community, but also compassion.

On-Site Employee of the Year 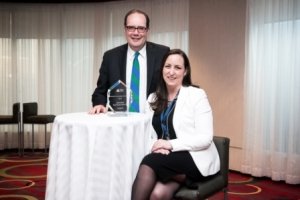 Property Manager of the Year

Jennifer took a dysfunctional staffing and tenant culture, and turned them around to rebuild the trust of the tenants and engagement of the staff. She did all while dealing with capital projects and bed bug infestations, and reducing vacancy rates significantly. 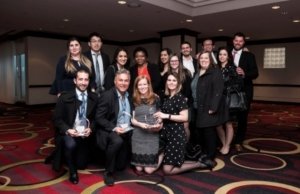 This project repositioned the entire building in the relatively short period of time, under two years. Works included common area upgrades and elevator modernization. The exterior is unrecognizable against its former self. 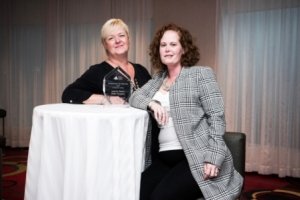 Renovation of the Year - Common Area

At only $100K per lobby Minto was able to transform their 3 building lobbies to contemporary collaborative share space for their residents, adding several different seating areas, additional plug sockets and energy saving lighting.

Renovation of the Year - Common Area

Starlight revitalized this 57-year-old, 6 storey building. Carefully chosen sustainable materials used in the re-covering of the exterior, and new balconies has made the building current and fresh looking. The extensive landscaping upgrades make the building welcoming.

Renovation of the Year - Suite Renovation

This suite stood out firstly due to its unique tiling in the bathroom and kitchen and excellent color choices throughout. Staining of the parquet wood floors, the opening of the kitchen and the addition of mirrored doors made spaces feel bigger with better flow.

Rental Development of the Year - Low-Rise

Carrington Ridge is in the final stages of being Built Green Gold Certified based on: 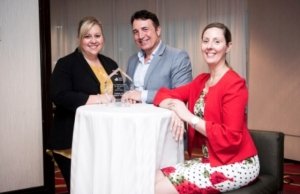 Rental Development of the Year - High-Rise 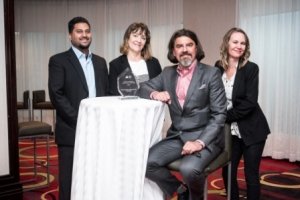 Rental Housing Provider of the Year

Under the Covenant House-Hollyburn Properties Youth Housing Program, Hollyburn provides six furnished units to disadvantaged young people for one year at a dramatically subsidized rent. At year end, the participants can be reimbursed all the rent paid (given a positive tenant review and suite inspection). Hollyburn’s principals also donated over $6 million to various hospitals and schools. 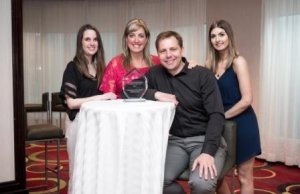 Suppliers Council Member of the Year

Darren Henry is the principal of National Efficiency Systems. On Saturday, Sept 22, 2018, while he was on vacation with his extended family, Darren received an urgent request to set up a toll free hotline for a client when a tornado devastated an apartment community. Darren responded within 2 minutes, and had his team jump into action. Darren and the LeadManaging team responded to provide what the rental community needed without hesitation. Darren and the NES team are excited to be supporting Oak Bridge Academy, which is an alternative, not-for profit elementary school offering evidence-based academic and behaviour programming for children with special needs including autism, attention deficit hyperactivity disorder, anxiety and other related learning exceptionalities.