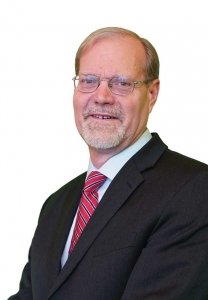 If you are a for-profit rental housing provider (a residential landlord) in Canada, then CFAA is your national association.

Landlords tend to see the provincial and municipal governments as the governments that affect them most. Whether it is through landlord and tenant laws, rent control, or garbage or water charges, government decisions make running a rental business harder (or occasionally easier), and raise costs (or very occasionally reduce costs).

The federal government sets the income tax, capital gains tax and GST/HST rules, establishes housing policy and programs (many of which are then administered by the provinces and cities), makes home ownership and borrowing for housing easier or harder, and regulates energy policy. Federal government decisions in all of those areas have an enormous impact on landlords’ bottom line and after-tax income, even if the source of that impact is often not obvious to property managers.

In the run up to federal Budget 2019, CFAA communicated often with CMHC about issues with the housing construction programs, including the Rental Construction Financing Initiative, which is popular with for-profit rental developers. In Budget 2019, that program was expanded by $10 billion, turning the $40 billion National Housing Strategy into a $50 billion strategy.